I think I might have been listening to music all my life. I remember listening to the radio when I was too young to actually know what music is, I remember having my first Walkman, Discman, radio Walkman, MiniDisc Walkman, all the way up to my current iPhone. I have always listened to music on tape, CD, radio or digital files. And I have used a lot of ways of getting the music from its source to my ears, the most recent being a set of wireless earbuds that connect to my phone via bluetooth.

The choice for wireless came from a personal preference: the wires were getting in the way of my movement, as were the buds themselves. They fell out of my ears during a run. That annoyed the hell out of me. And when I'm on the go, I usually carry a backpack or some type of shoulder bag, and that didn't always work out too well with the wire from my earbuds, ripping them out of my ears with some force whenever I wasn't paying attention when moving my bag around.

So wireless I went. And I like it. As it turns out, this seems be have been an inadvertent preparation for Apple's next innovative move: eliminating the headphone jack from their next iPhone model. It surprised me that they would just cancel a feature that's been around in audio devices for as long as I can remember, and that has existed for even longer than I'm alive. But I already use the alternative: I am already using wireless earbuds. So I already know that it kind of works to remove the ancient headphone jack. But I wonder if it wouldn't be better for Apple, or any of their competitors, to wait just a little bit longer before making this move.

Because wireless isn't perfect. It never has been, for anything. There are always problems. When I was young, the tv remote didn't always work or my FM radio would lose it's signal. Do you remember using an FM radio in your childhood bedroom and noticing that the signal was interfering? And then you would walk over to the stereo set to adjust it, and it would turn back into perfect sound because your body was blocking the interference? That's over now, for me, but it might be because I no longer listen to FM radio when I'm not in a car. In later years, wireless stuff would fail me when I wanted wi-fi in my house. The house I grew up in had three floors and I was on the top, while the wi-fi access point was on the ground floor. That didn't always work.

And now, there's bluetooth for a lot of stuff. I use it to connect my mouse and keyboard to my computer, to connect some device to another, and to listen to music on my phone when I'm on the go. It works really well, for about 95% of the time. The other 5% are countless moments where the music stutters for a fraction of a second, every few minutes, or when my own body interferes with the signal coming from my phone to my earbuds. Because I have my phone in my pocket, usually my right one, and my earbuds don't agree with that. 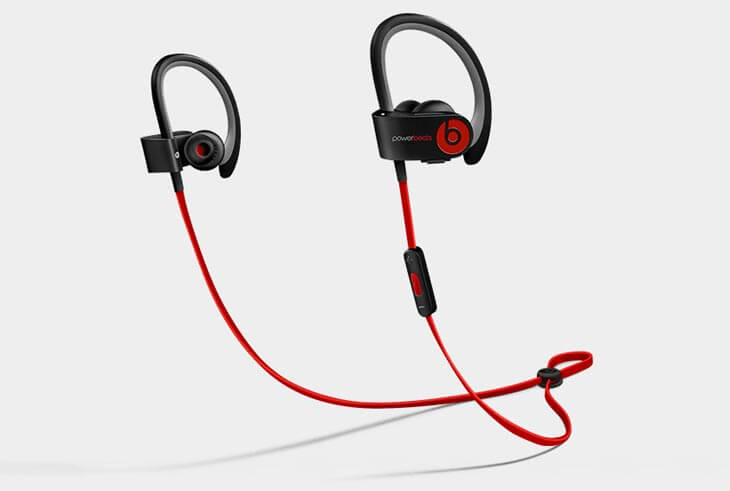 If you have never used wireless earbuds or seen them in a picture, they're basically regular earbuds, but the only wire they have is between the left and the right ear. My earbuds are from the Powerbeats Wireless line, which means they are actually made by Apple. They have a receiver in the left ear and the wire takes care of the audio in the right ear. But when I carry my phone in my right pants pocket and I look over my left shoulder, it moves the receiver away from my phone, causing the signal to stop. It stops! Just because I move my head. That shouldn't happen. It certainly shouldn't happen if, in the very near future, this technology becomes the main way of listening to music on your phone (I know; there might be a way of listening to music using an adapter for the lightning jack, but come on, we are pretty much expected to go wireless).

When I move my phone to my left pants pocket, it doesn't happen as much (but it still does), by the way, proving that the signal needs as much support from the user as it can get. It's not ideal. Also, it's not very versatile. When I just bought the earbuds, I tried using them at work, to listen to music from my computer. Connecting them wirelessly was no trouble, but switching between my phone and my computer is a lot more effort than just taking out the jack plug and plugging it into another device. Sometimes, older technologies are just more convenient than new ones. When I use my regular Apple Earpods on my phone, I don't have to worry about there being enough battery charge for my entire journey. The wireless ones need a new charge after about six hours of use. This means you can't use them all day.

I really wonder if it's Apple's intention to force users to use technology that might need another iteration of development before it's good enough. I don't think it is. They might just want to force the issue; force companies to come up with better technology. That's not a bad thing, but I'm a little worried about end users becoming guinea pigs for the next couple of years. Maybe, just maybe, we should wait a few years before making this move.

One of the most amazing moments I've experienced in a cinema.